It’s your move, or more likely mine. Week 8 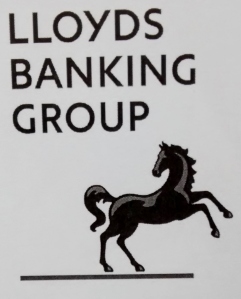 How would you feel if you’ve been working your socks off to keep the wolf from the door  and done everything you possibly can to try and secure a mortgage only to discover there are thousands of people being given preferential treatment allowing them to buy their home?

I’m pretty sure you’d be annoyed.

I learned this week that the government’s ‘Right to Buy’ scheme is being actively promoted once more.

To say I was “annoyed” would be a bit of an understatement; I was furious, outraged, fuming and any other adjective you can attribute to my anger.

Who in their tiny miniscule minds thought the Right to Buy scheme was a good idea? It has to have been one of the stupidest and most unfair government policy ever. That’s not even taking into account the depletion of council house stock that has never been replaced and has therefore been a major contributor to the housing crisis.

The civil servant who came up with the idea and the minister who pushed it through are clearly as thick as two short planks and living in cloud cuckoo land.

If you’ve been following my weekly blog, you will know why we cannot get a mortgage at the moment i.e. it is due to the unreasonably restrictive lending rules that were altered following the financial meltdown caused by the banks themselves.

However, if you live in a council house ergo you are likely to be on a low income, possibly with financial challenges, you will be given the right to buy that house. Not at the market value, but with a discount of up to £103,900

Here we are, doing everything we can to keep our heads above water, paying an extortionate rent to a private landlord, claiming nothing in social welfare benefits, but cannot get a mortgage.

You couldn’t make it up.

Your home could be a valuable asset for you and your family and an investment for the future. Home ownership could give you more freedom to make the changes you want to your home. This could be your first step on the property ladder.

To justify their stupidity, the government state:

The money raised through extra sales since April 2012 goes towards building new affordable homes for rent.

More than 60,000 households have taken up their Right to Buy since discounts were increased. Money raised through extra sales is now going towards building new affordable homes for rent.

Which we all know is cobblers. Then they decide to make it even easier for council tenants:

From May 2015, the eligibility criteria has been reduced from five years public sector tenancy to three. This means you now have to be a tenant for three years instead of five before you can apply to buy your home

Not content with favouring this demographic, the government is making a controversial addition they have slipped into the small print of the white paper. They want to include properties that are being built by ‘arms length’ building companies; this was a way round financial restraints put on local councils. So far these developments have been exempt from the Right to Buy fiasco, but for some unfathomable reason the government want them included.

Around 40% of Right to Buy homes end up in the hands of private landlords rather than owner/occupier which was an obvious consequence.

Why can’t anyone see this entire system is not only counterproductive but it is fuelling the housing crisis.

What is more, why on earth should council tenants be given over £100,000 to buy a house and just a few years later sell the property for an enormous profit and yet people like us are being prevented from even getting a mortgage?

Anyway, I at least had a reply from Lloyds Bank this week, rather frustratingly on the same day I sent my chaser which meant I wasted a stamp, but at least they replied.

Sadly the response did not contain what I had hoped, in fact it created another frustration. They informed me that they do not own the property that is occupied by the local branch and because of data protection they are not permitted to tell me who does. They go on to assure me they will forward my correspondence to that organisation, but I won’t hold my breath.

I can go to the online Land Registry property search and for £3 receive a brief report telling me who owns the site. But time is ticking and I don’t want to miss the opportunity so I shall ask around to see if anyone knows.

But perhaps I’ve got it all wrong, maybe I should apply for a council house, live there for three years, buy it then sell raking in the huge profit. But that wouldn’t be right or fair would it?

Freelance Copywriter, Feature Writer and Author. Looking for that illusive job that every working mother craves but surviving, just, on what I can find. My writing and poetry keeps my sane. Watch this space.
View all posts by Sophia Moseley →
This entry was posted in The housing crisis, the mortgage maze and tagged buy to let, government, housing crisis, housing shortage, renting, right to buy, white paper. Bookmark the permalink.